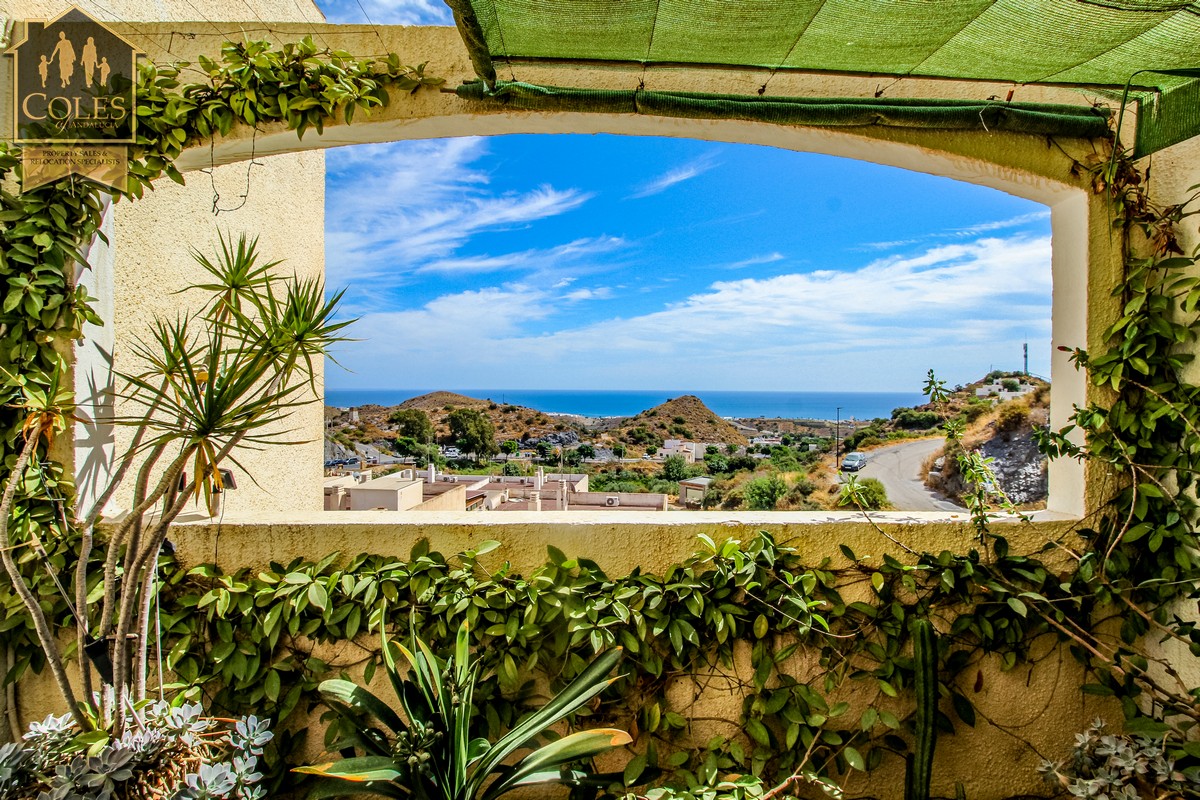 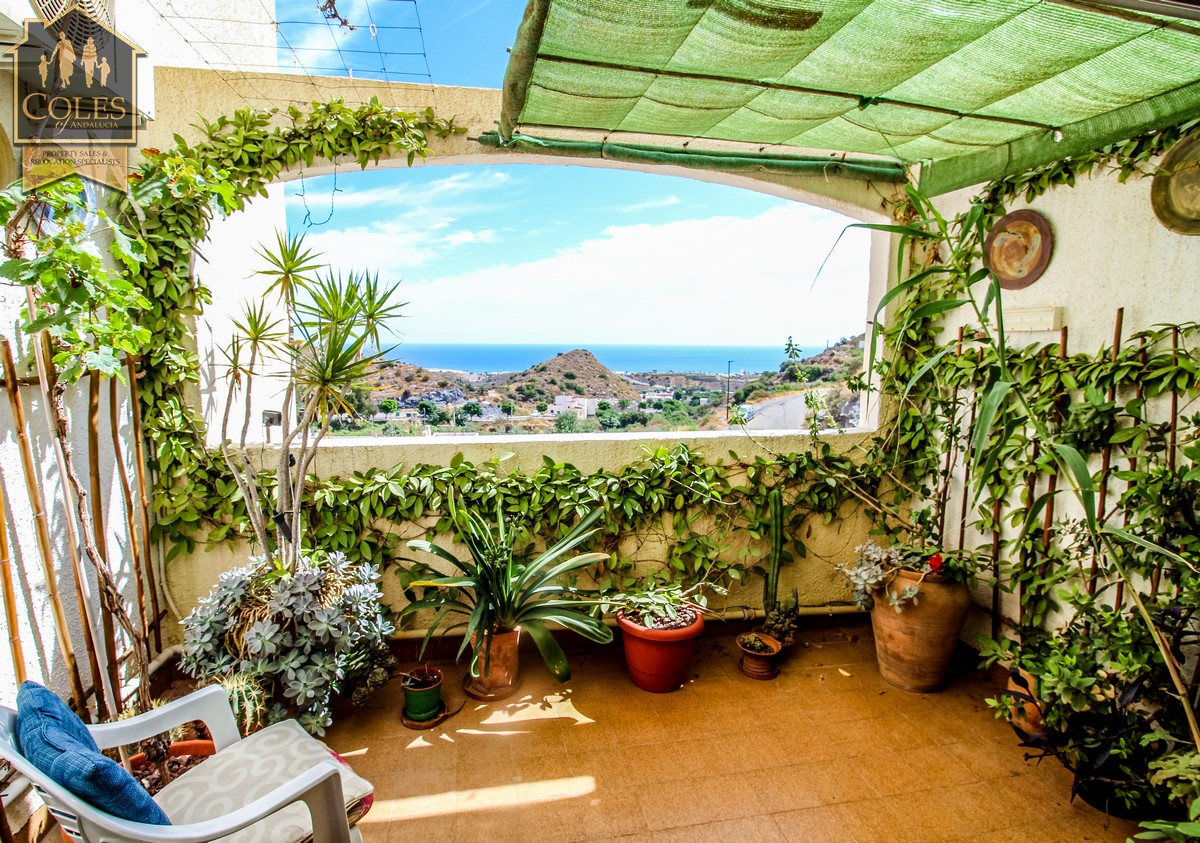 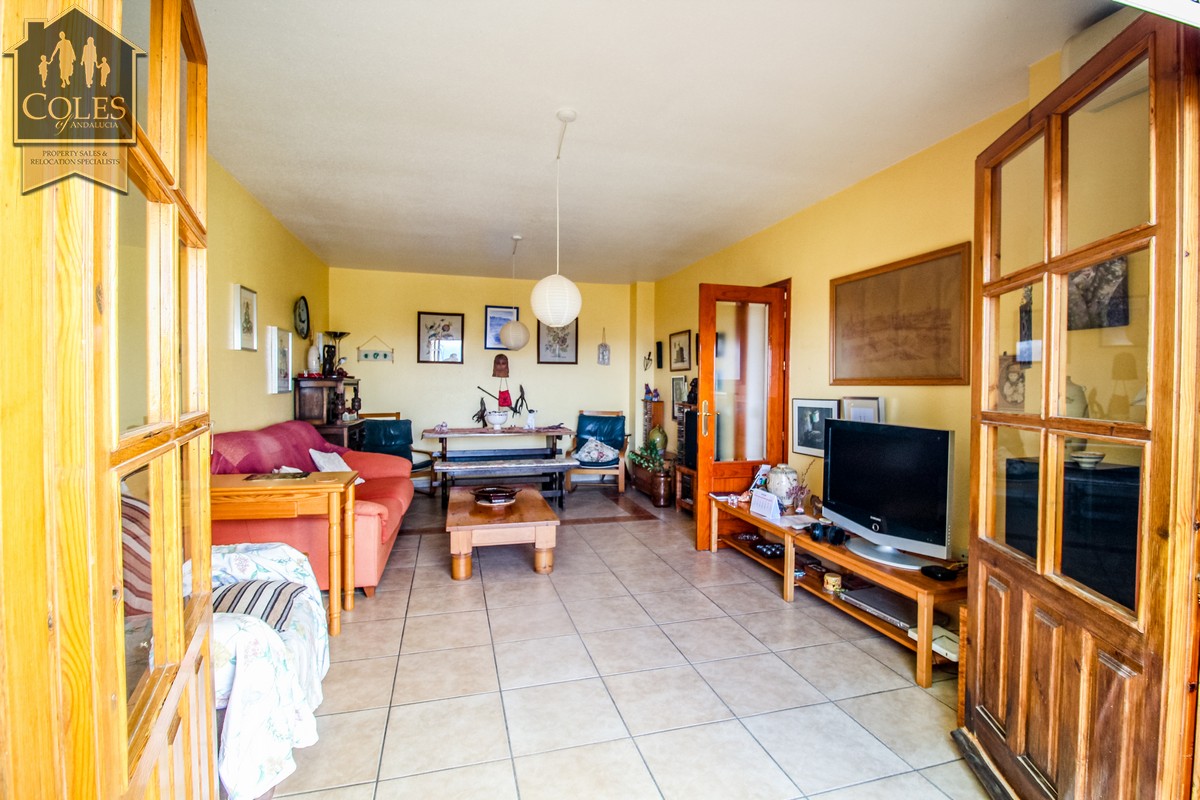 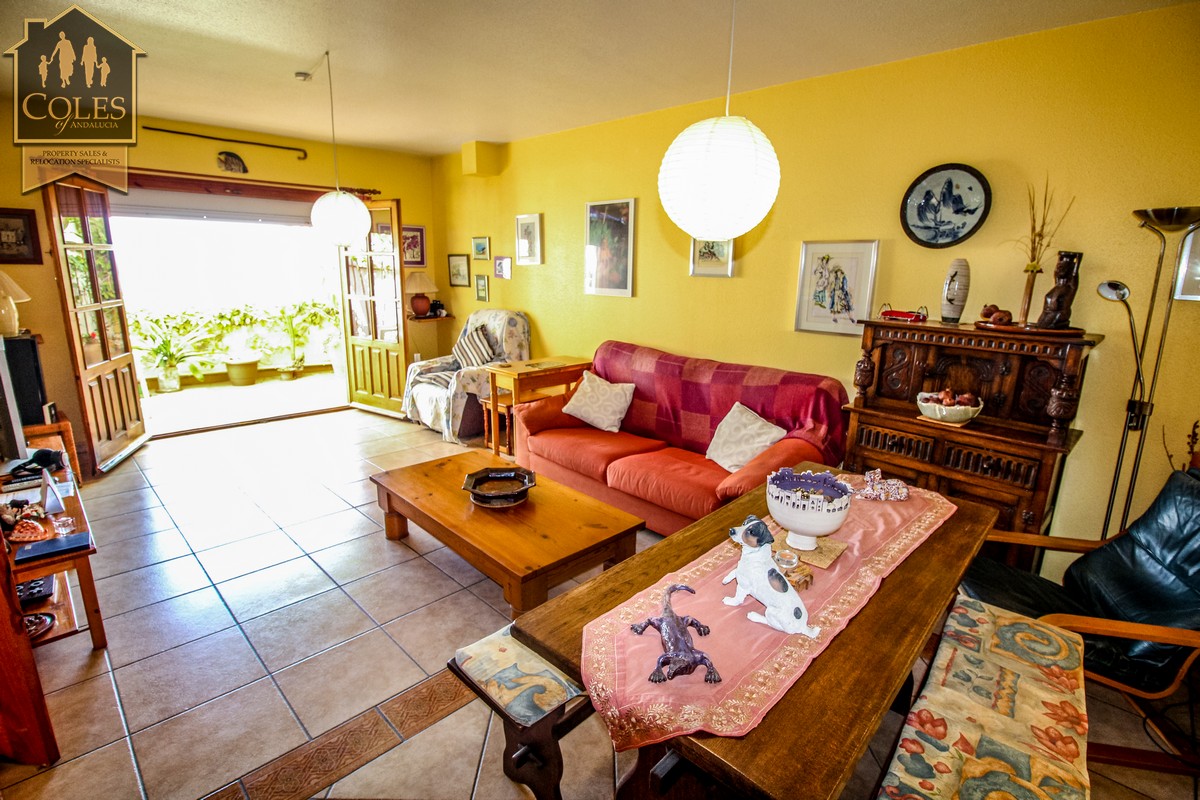 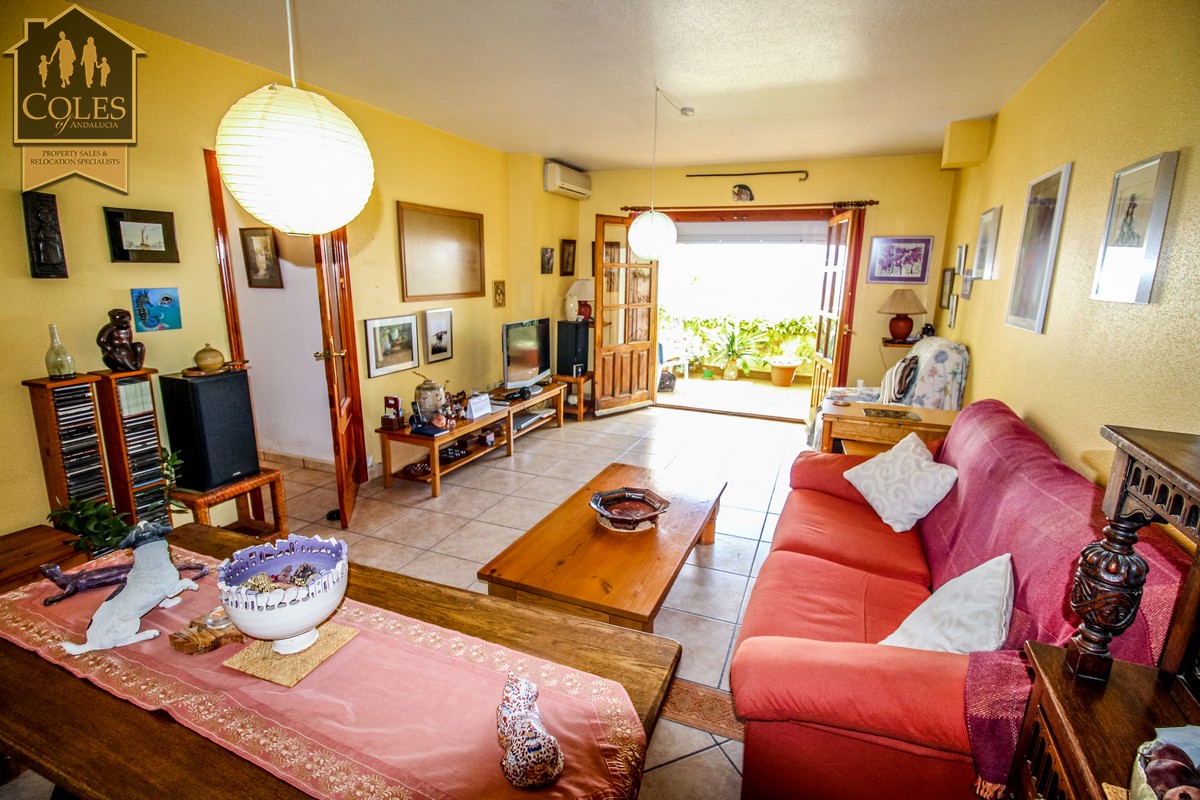 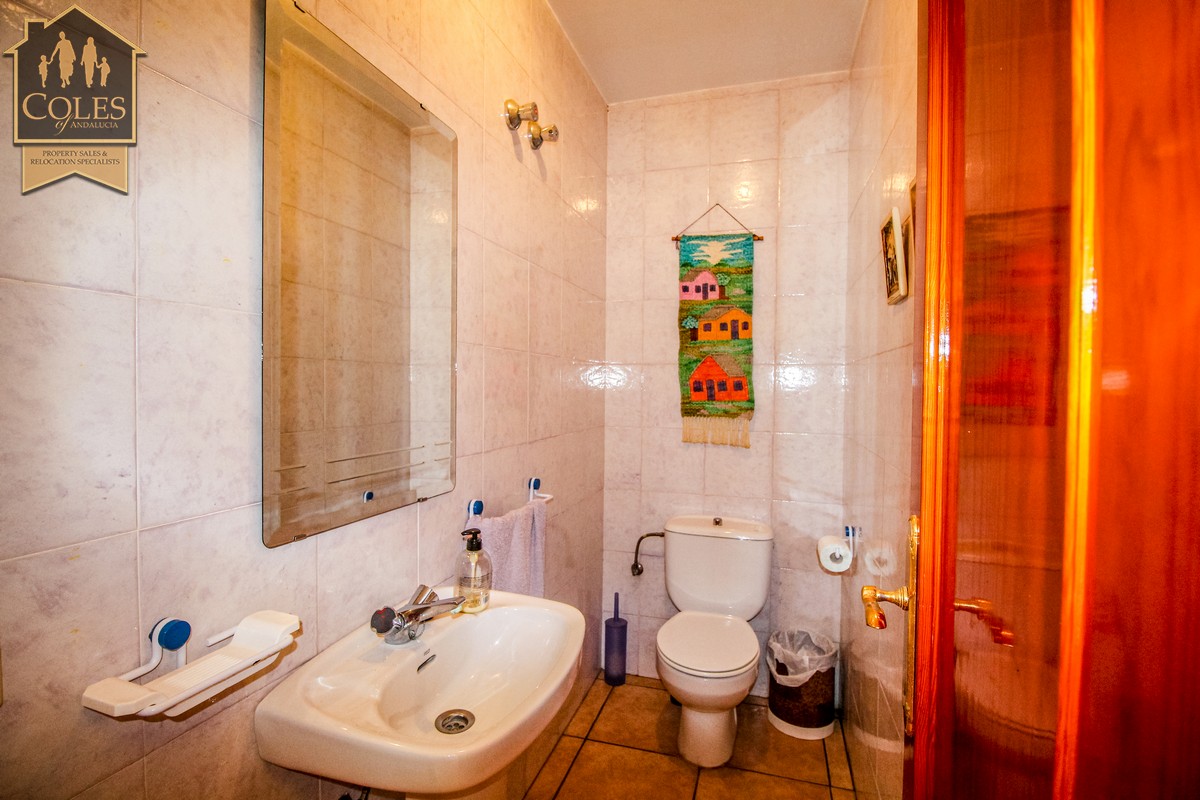 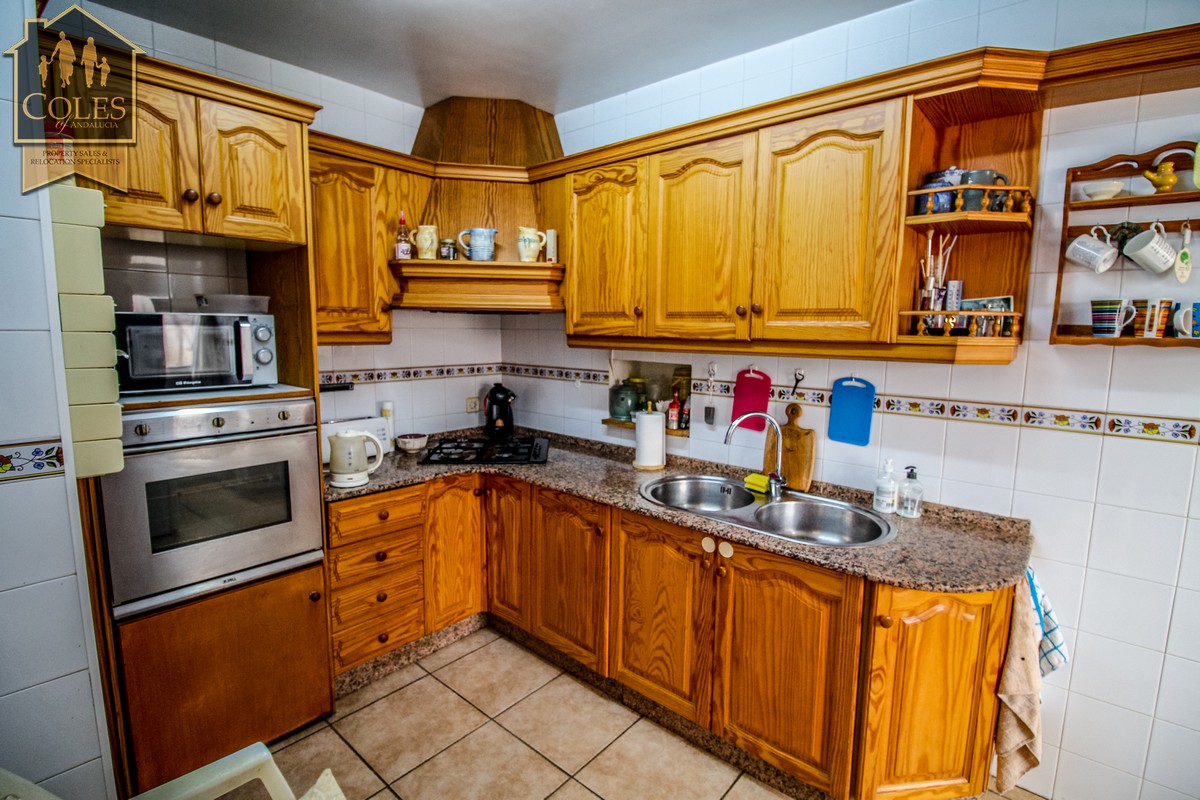 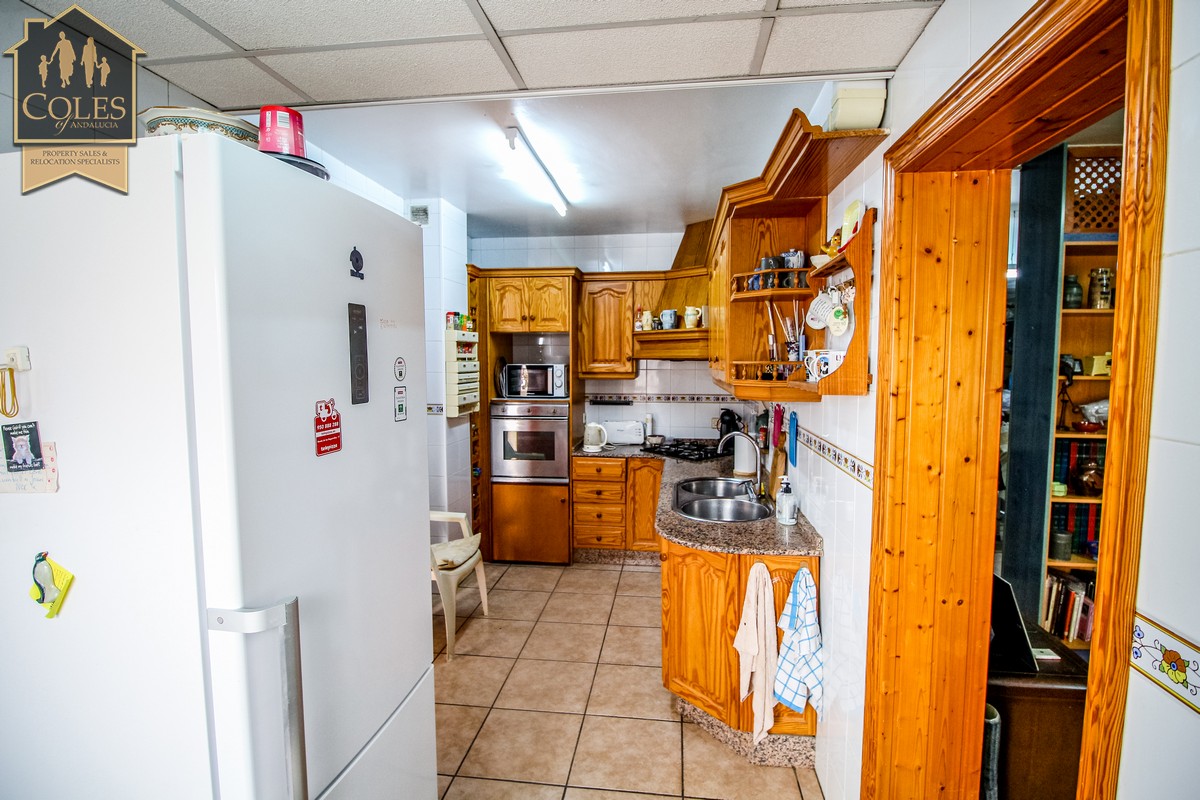 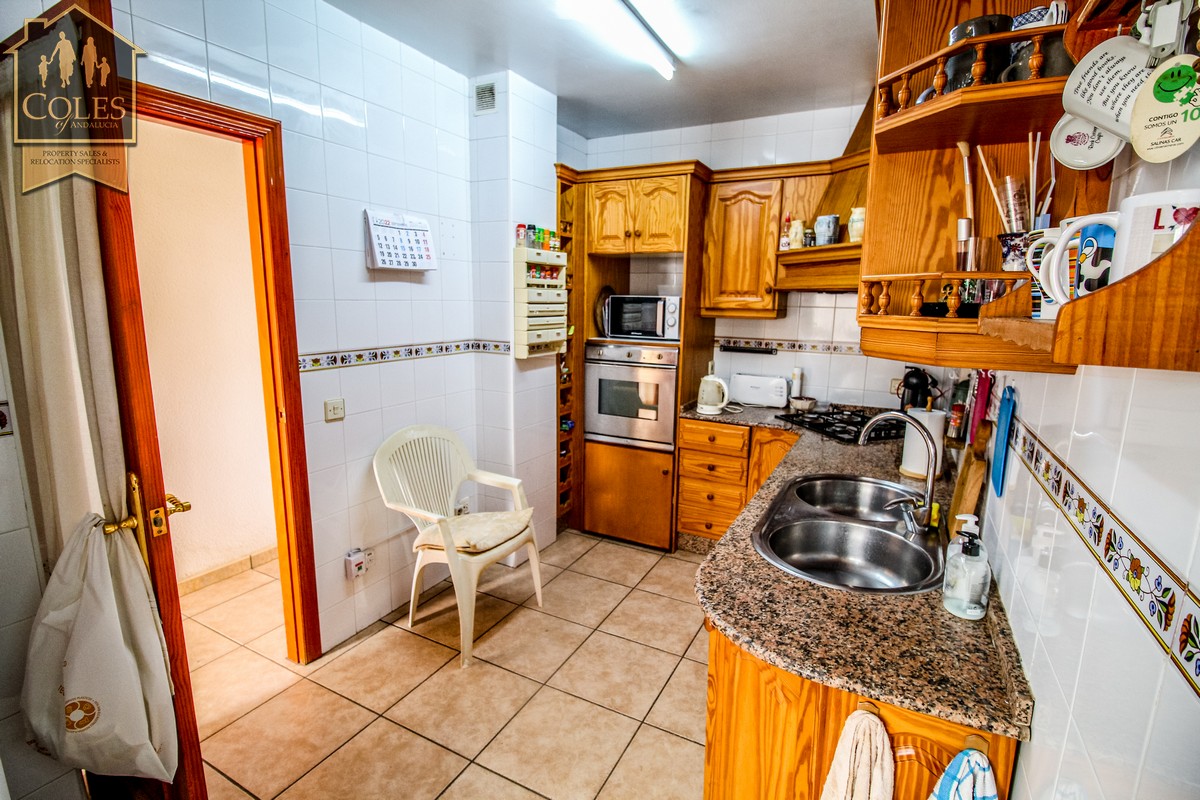 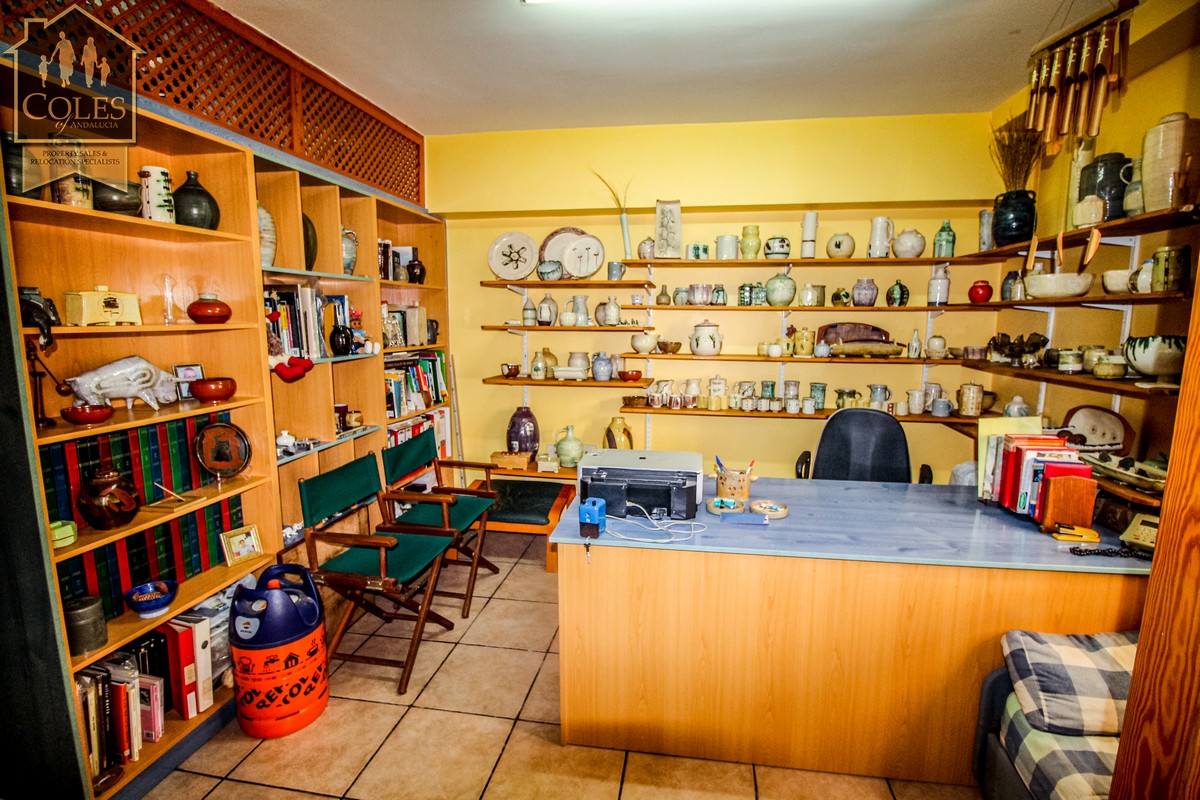 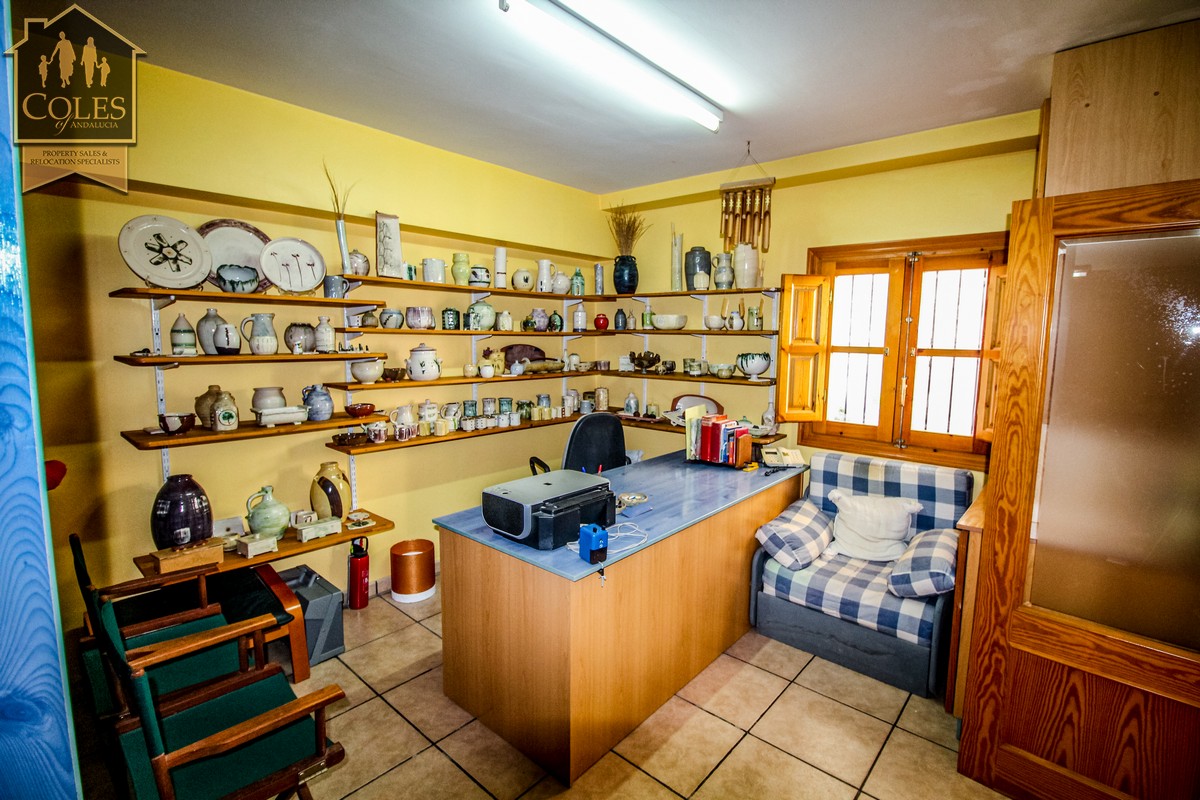 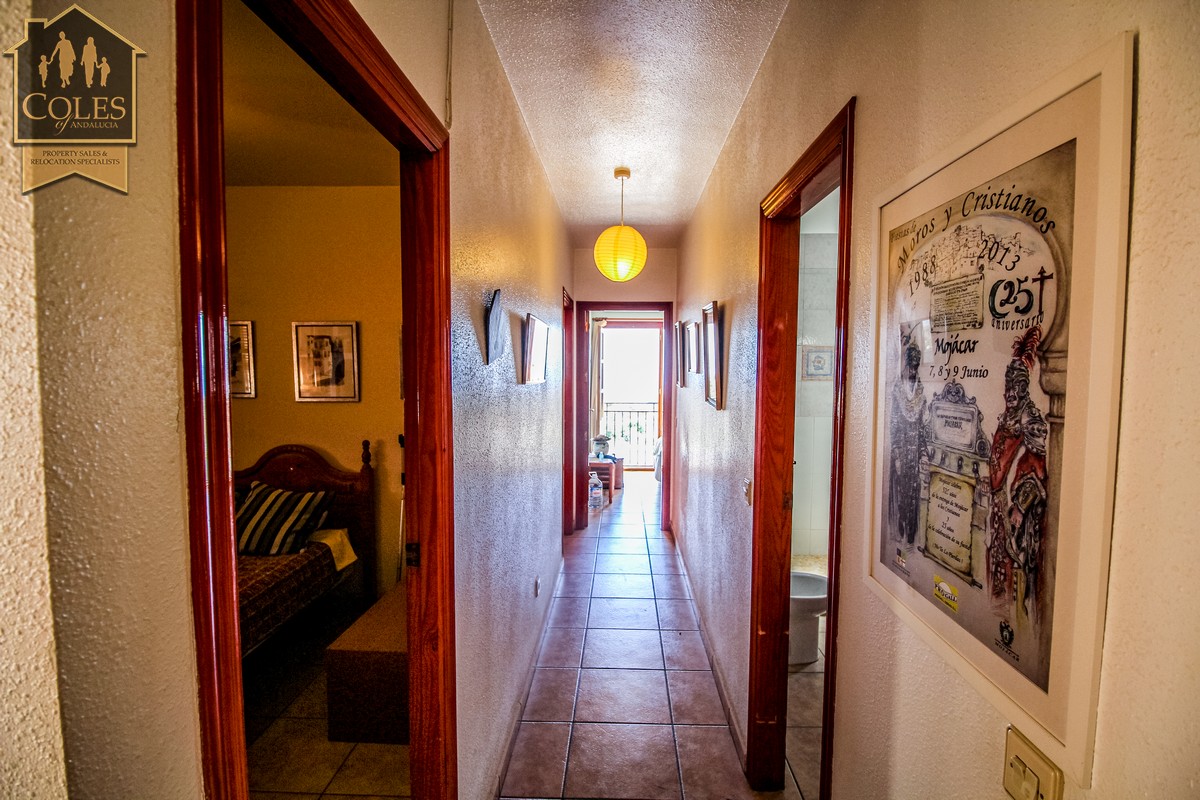 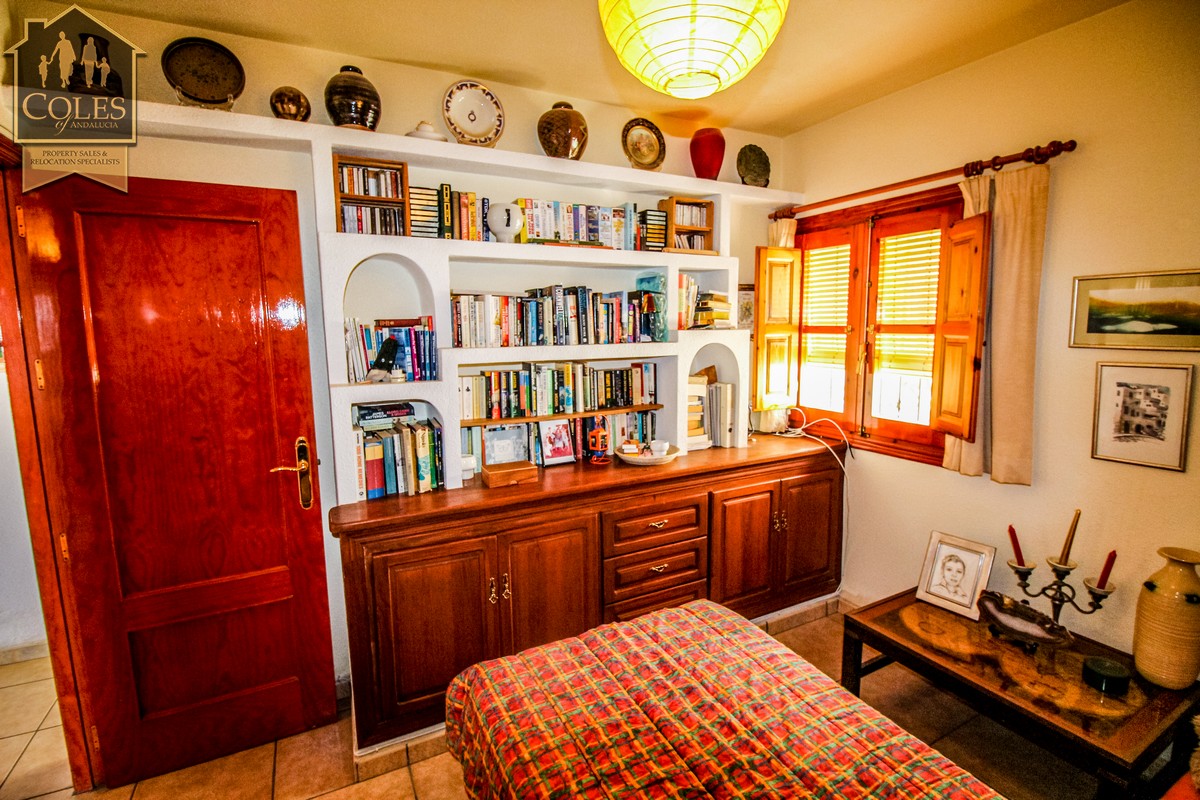 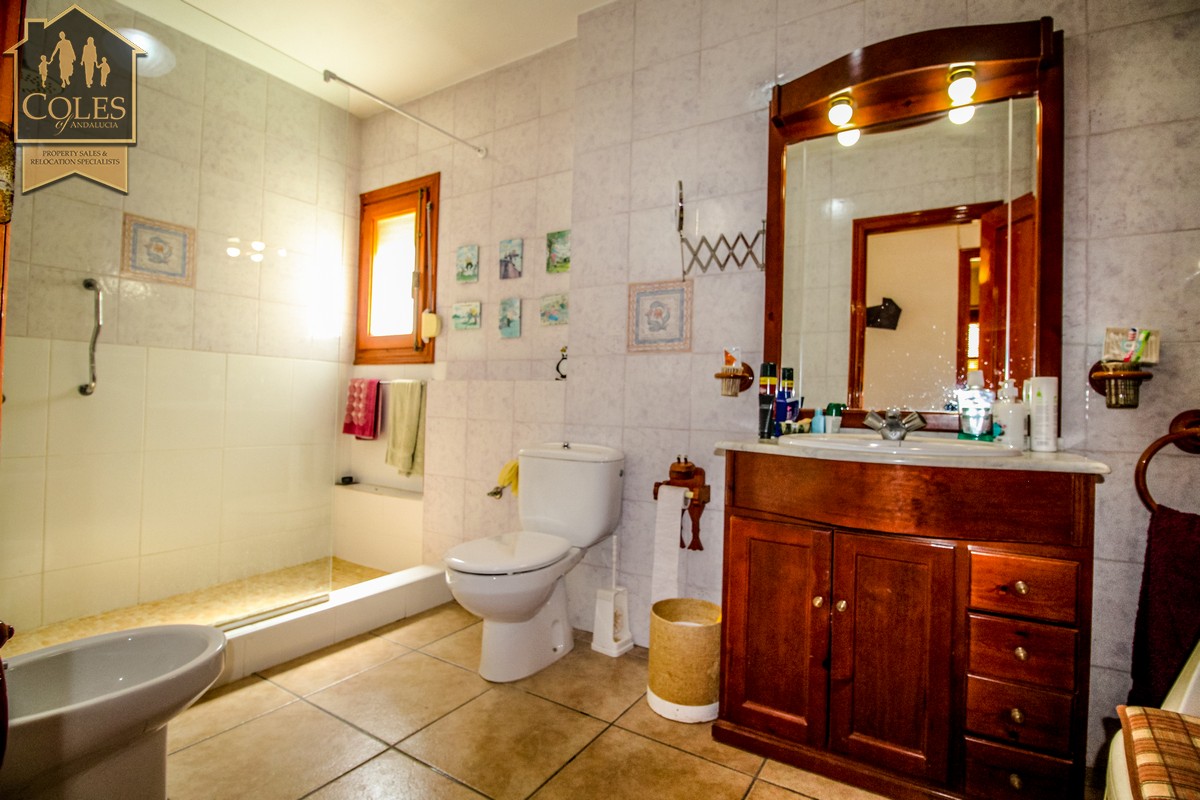 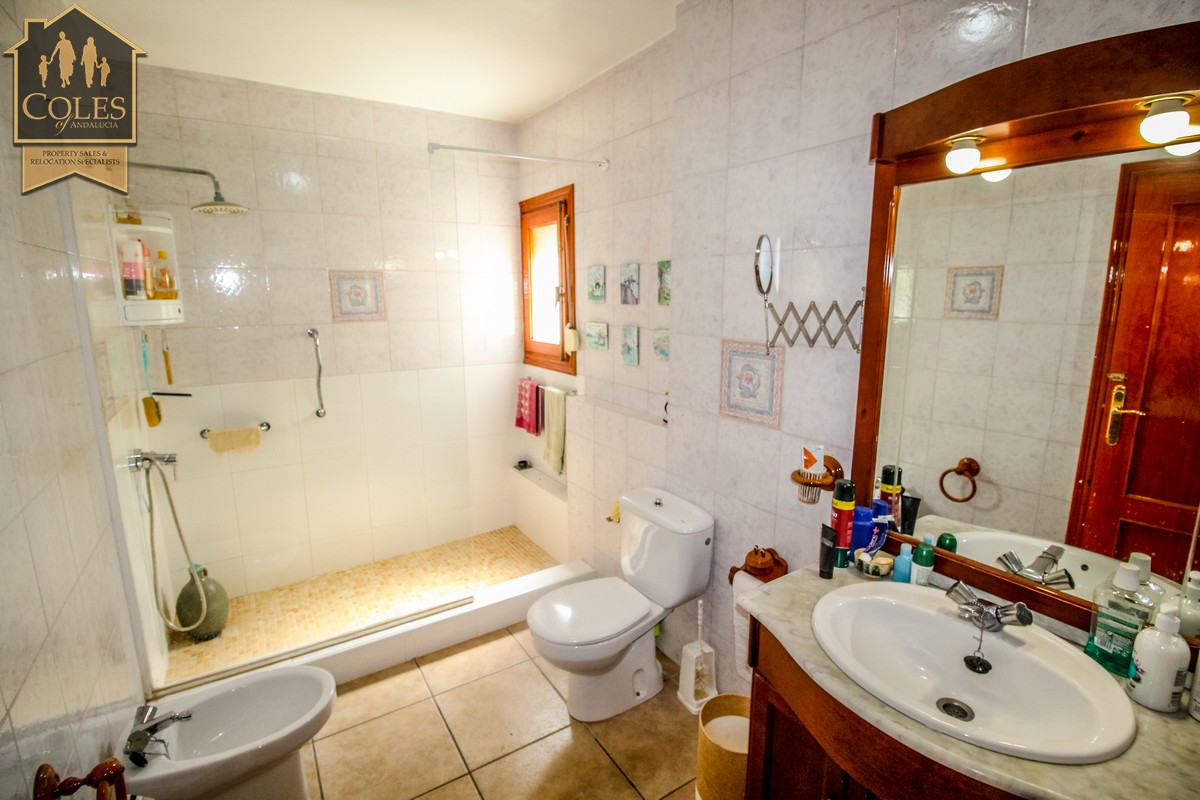 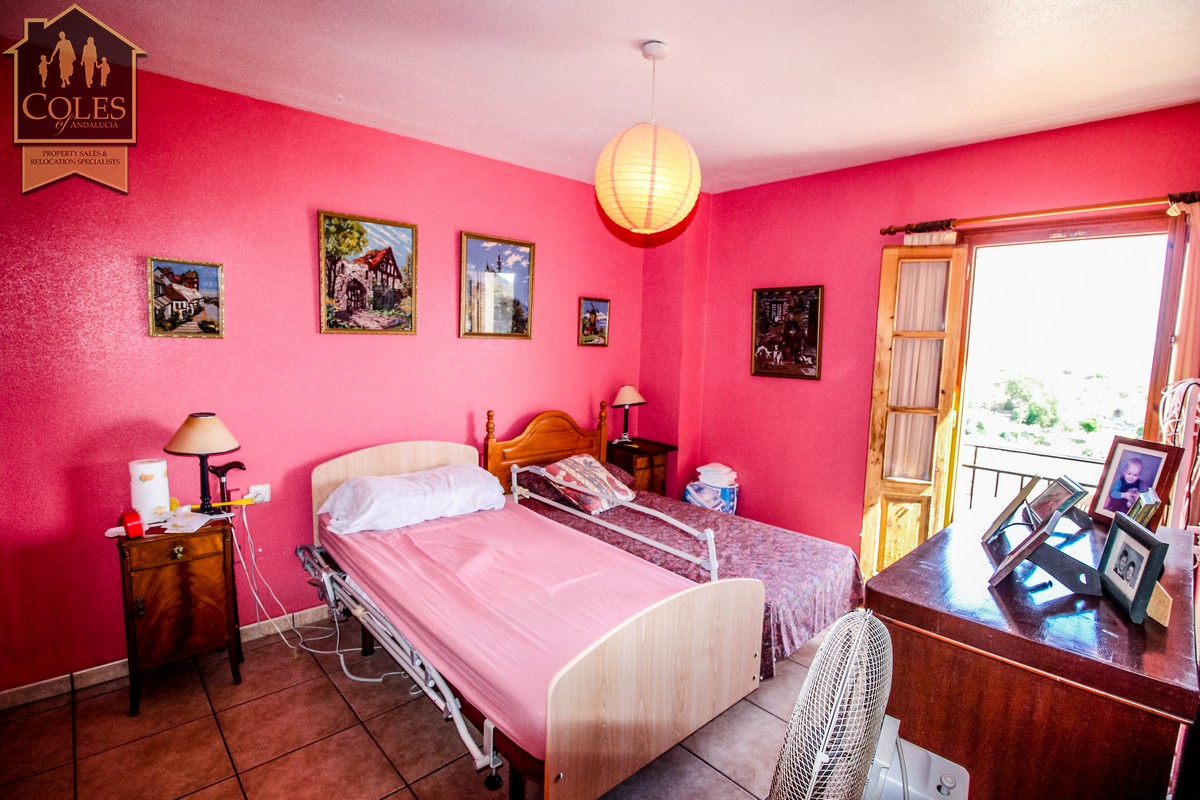 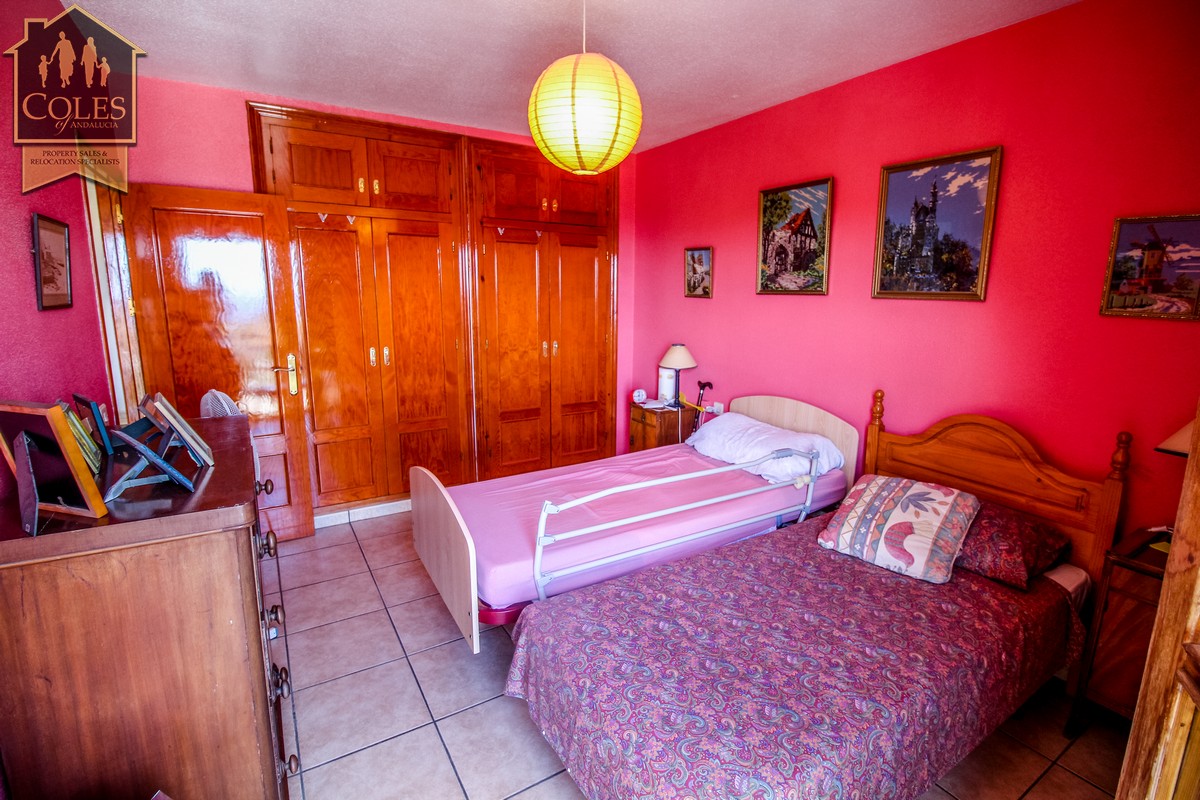 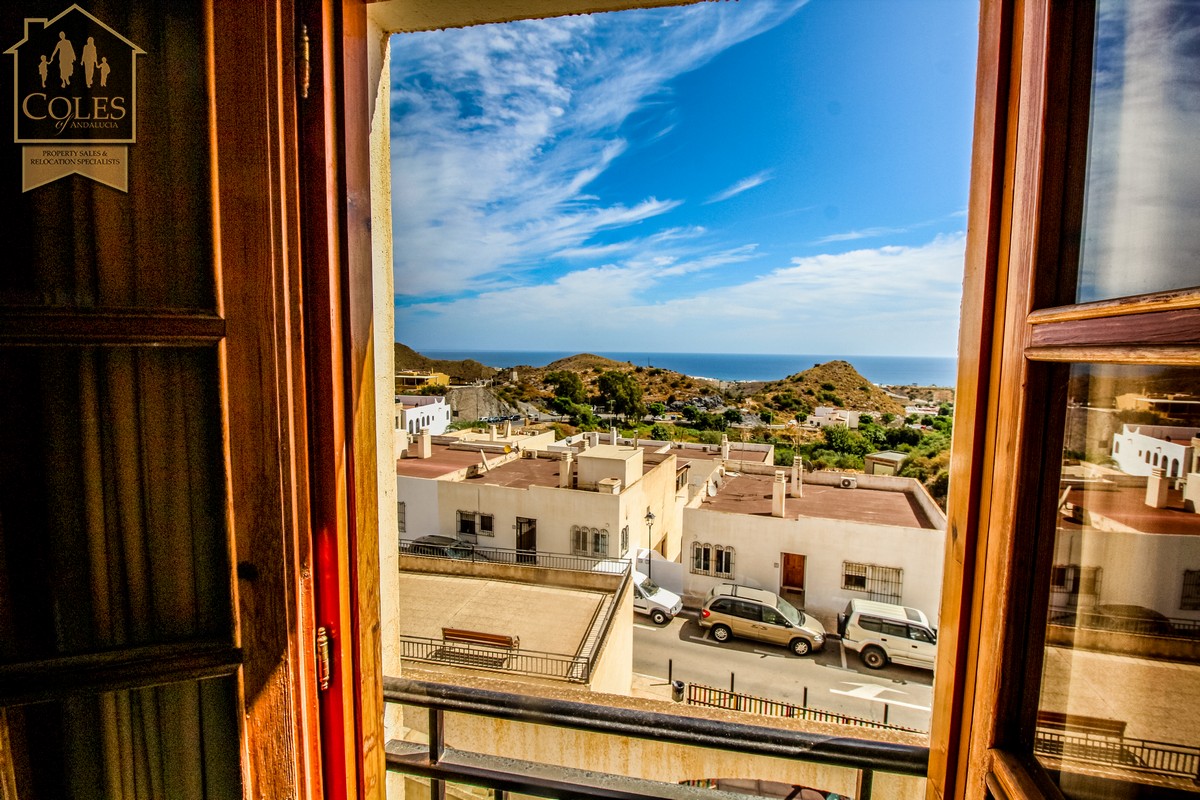 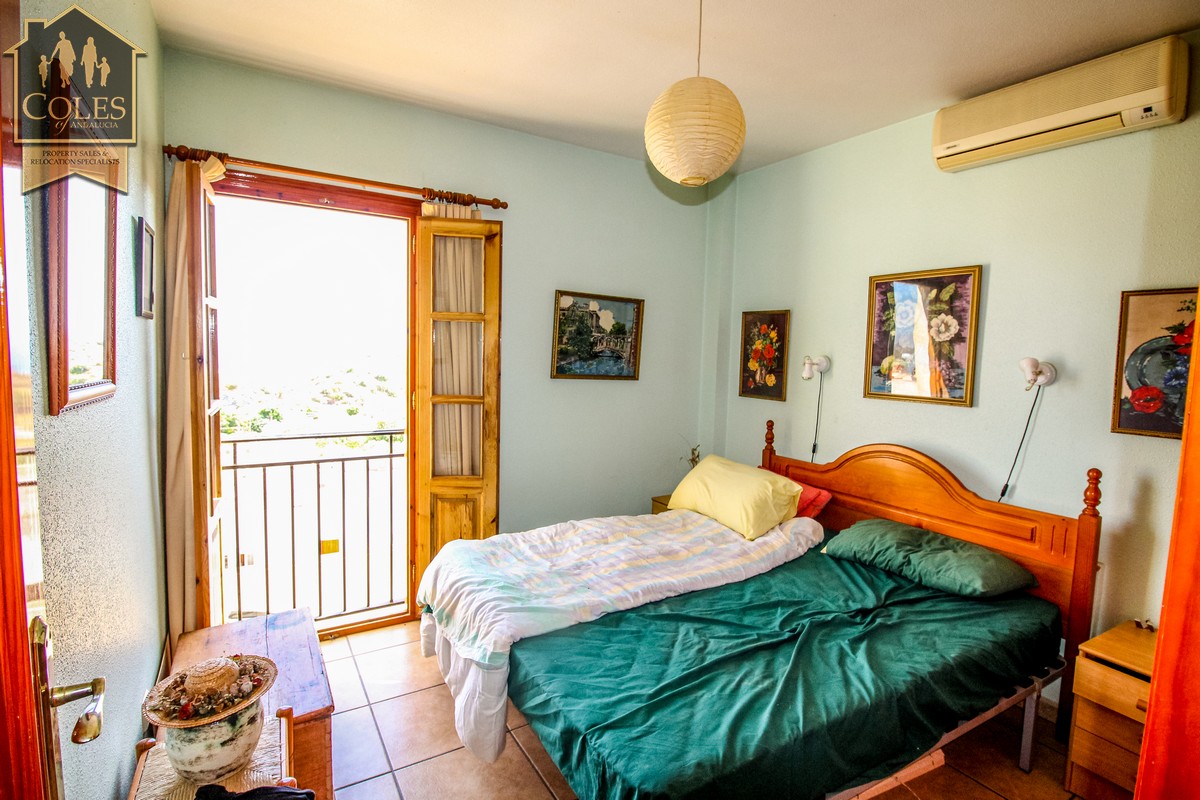 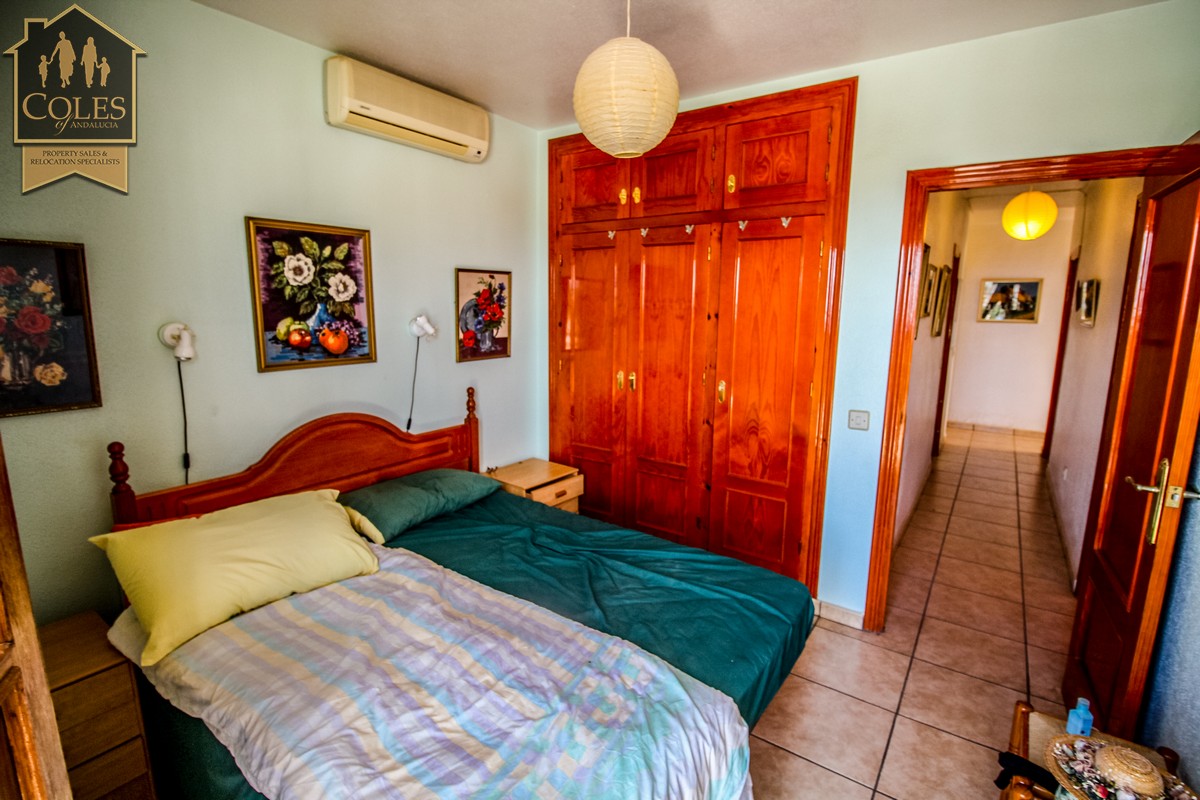 A huge 3 bedroom apartment with a gigantic storeroom located at the bottom of Mojacar Pueblo (old town) with a generous terrace offering superb sea views.

This fantastic apartment sits in the centre of the beautiful Mojacar Pueblo with the most amazing sea views. Mojacar village oozes Spanish charm and character with narrow weaving cobbled streets and whitewashed buildings adorned with climbing Bougainvillea. The Mediterranean Sea offers a breathtaking backdrop and is just 5 minutes away by car. Almeria airport can be reached in just under an hour with Murcia Corvera & Alicante airports also less than 2 hours away.

The location of this generous apartment measuring 98m² is fantastic with an abundance of culture, history and Mediterranean charm coupled some of the best views this region has to offer. The apartment is walking distance to all amenities that Mojacar old town has to offer.

The apartment forms part of a small development with a communal parking area right outside. A set of steps from the parking area lead down to the front door of the apartment which opens into a long hallway. First on the right is the fully fitted kitchen with appliances, marble work tops and a small breakfast table & chairs at the end. A door from here then leads into the gigantic storeroom/office which runs the full length of the apartment. This was previously used as a pottery workshop and has water & electric connections.

Back in the entrance hallway and on the right is a separate W/C, followed by glass panelled doors at the end of the hall opening into the lounge. This is a very generous room which was originally designed as a lounge/diner. The room boasts air conditioning with further double glass panelled doors leading out to a delightful terrace. This terrace features an arched opening which frames the very special sea views.

In summary, this is a very generous apartment, more than suitable as a comfortable holiday home or a full time home, in one of the most sought after & picturesque coastal villages in Andalucia.

Sorry !!! We are currently awaiting the EPC information for this property.

If you would like to receive the EPC information as soon as we get it please use our Contact Information below and a member of our team will contact you as soon as it is available.

Mojacar is a coastal town which is one of the most popular places in the Almeria region. Divided into 2 areas; Mojacar Pueblo (old town) & Mojacar Playa.

Mojacar Pueblo is famous for its whitewashed village houses, and an elevated position offering stunning views of the surrounding countryside and mountains. In Mojacar Pueblo you will find an array of bars & restaurants, together with souvenir shops, small supermarkets, bank, medical centre and a bustling weekly market held on Wednesdays, with stalls selling everything from fresh fruit and veg to clothes. Mojacar Pueblo is also home to an indoor swimming pool.

Mojacar is situated in the province of Almeria which is part of the Andalucia region of Southern Spain. The types of properties for sale in Mojacar vary widely. In Mojacar Pueblo there are apartments, village houses and townhouses for sale, whilst in the surrounding countryside there are cortijos, farmhouses and villas for sale. Many of the cortijos and villas have swimming pools, with most townhouses boasting private roof terraces.

Mojacar Playa is the beach section of Mojacar, and only a 5 minute drive from the old town. Mojacar Playa stretches along the coastline for approximately 10km, with amenities such as bars & restaurants, commercial centre, shops, supermarkets, medical centre, tennis & padel courts, football pitch and countless beach bars (chiringuitos). In Mojacar there is also a walking group which organises hikes of local trails.

If you would like more information on this property either complete the Information Request for or contact a member of our team using with the following Contact Information.